Though the state of Colorado joins Washington as the only two states where recreational marijuana has been legalized, you can still run afoul of the law for various marijuana offenses. In other words, although voters passed legislation allowing a certain freedom with marijuana, the substance is still going to be regulated by the state government.

What’s legal?
In Colorado, it is legal for an adult aged 21 or over to: 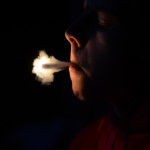 But, there are several things the new legislation does not legalize. The following are still considered illegal:

However, retailers will be able to sell marijuana at an upcoming date (potentially by the end of 2013).

If you are caught using marijuana in public or having it out in the open, you can be sentenced to an additional 15 days in jail.

If this is your second offense or greater you could be facing double the maximum sentence.

Get Help With a Colorado Marijuana Charge


While the changes to Colorado’s marijuana laws may seem relatively simple, they have the potential to get complex when it comes to prosecuting what are still considered marijuana crimes. If you are charged with a criminal drug offense, call us today to discuss your charges and see how we can help. The initial consultation is free.

It’s not just “smokeables” that are big business now that marijuana is legal.  Coloradans can purchase candies, soft drinks, and baked goods infused with the active constituents of marijuana, and they can purchase them legally at dispensaries. Gone are the days when the only marijuana edible was a pot brownie made in a stoner’s kitchen. For many, […]

With marijuana dispensaries opening their doors on “Green Wednesday” this week, many people believe the state of Colorado has a marijuana free-for-all, but this isn’t quite right. Coloradans (and visitors) now have more freedom than ever regarding the use and possession of marijuana – and more than anyone else in the country. But you can still […]