In Denver, the city council recently voted to allow residents to smoke marijuana on their front porches and in their yards—as long as they are on private property. The move upset a front-yard pot smoking ban in the city that was introduced in November. Now, residents enjoy their marijuana in public view, as long as they remain on non-public property.

“Fortunately, common sense ultimately prevailed,” said Mason Tvert of the Marijuana Policy Project. “If adults are able to consume alcohol—and even smoke cigarettes—outside on their private property, there’s no logical reason why they should be prohibited from using a less harmful substance.”

The measure passed 10-3 earlier in the week, according to the Huffington Post. Interestingly, the ban that was introduced last month was expected to pass with a 7-5 vote.

“City officials need to move on and focus their time and attention on getting the necessary regulations in place to ensure these businesses are able to open on January 1,” said Tvert. “There is no need for further proposals designed to prevent adults from being able to use marijuana responsibly. 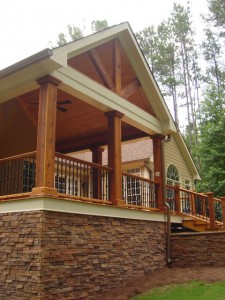 The issue was in defining what was meant by “open” and “public” consumption of marijuana. A first draft of the city-wide law called for the smell or sight of marijuana use to be illegal. That would have meant police who smelled marijuana as it wafted from your apartment window could have charged you with violation of marijuana laws. Fortunately, that ban didn’t survive.

Though it’s expected that the already visible presence of recreational marijuana will expand dramatically on January 1, when legal sales are set to start, many of the details are hazy. As the Associated Press reports, there are about 160 hopeful retailers waiting for the okay, but for now they are “mired in red tape”. Licensing requirements aren’t expected to be cleared until December 27, just in the nick of time.

“There’s a perception that come Jan. 1, Colorado’s going to be like Wal-Mart on Black Friday, people pouring through the doors. Not going to happen,” said Mike Elliot of the state’s Medical Marijuana Industry Group. “There might be a lot of disappointed people on New Year’s Day.”

Despite Colorado legalizing recreational marijuana, advocates warn there are still ways for citizens to run afoul of the laws and face criminal marijuana charges.